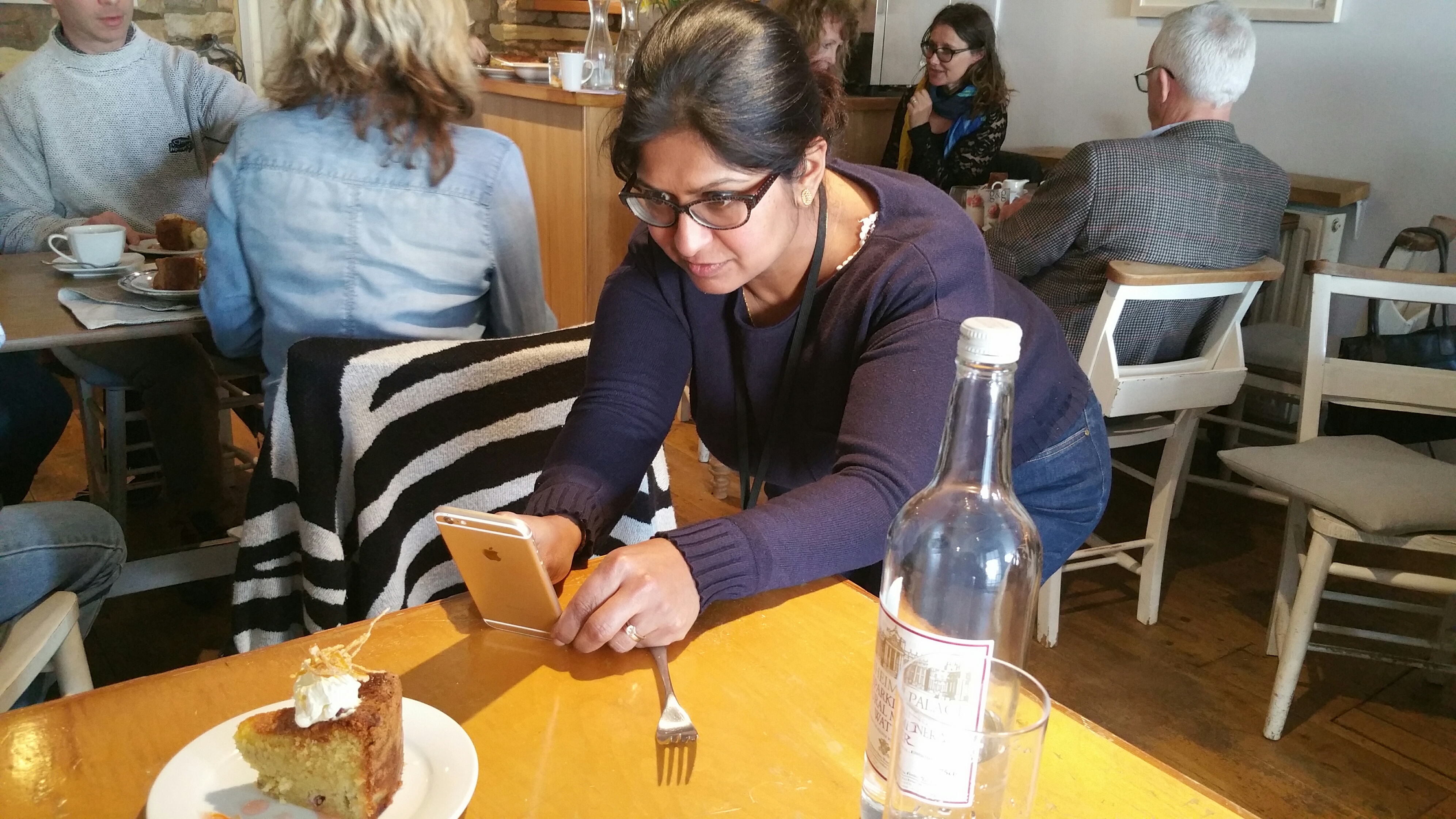 Despite the opinions of many, I am still a believer that social media can be a force for good. A chance Twitter conversation with the author Clare Mackintosh led to my being invited to appear as part of a stellar line up at the Chipping Norton Literary Festival this year. The festival, dubbed ChipLitFest, took place over 4 days in April in the beautiful Cotswold market town of the same name. With names such as Joanne Harris, Fay Weldon, Brian Blessed, Ben Miller, Prue Leith and others on the bill it was a no-brainer when festival director Jenny Dee asked me if I would like to be involved.

For people who have visited the town, you will know that it is a lovely-looking place, with all the honey-coloured stone houses and cobbles that you would expect to find in such a setting. First stop was the town hall for my cooking demonstration. I prepared dishes from my cookbooks (we covered chilli mojito, dhal bora, baked ginger cheesecake and pumpkin and prawn curry) for a really delightful audience. I always enjoy live cooking demonstrations, but there are some occasions where everything falls into place; the audience laugh at my jokes, the dishes timings work perfectly, I don’t forget to include all the important things I’d wanted to say, I have audience participation, in short everything works perfectly. This was one of those occasions.

Once our work was done, we were able to enjoy some of the generous hospitality laid on by the festival directors. First a stop at Jaffé & Neale, the independent bookstore in the centre if the town which had set up a wonderful green room.There we could hang out with the other authors, though I was far too starstruck to say anything to anyone.

We joined a team for the ChipLitFest literary quiz . We didn’t disgrace ourselves entirely, achieving mid-table mediocrity. Janet Ellis on the table next to us was clearly very motivated (and pretty vocal) and her team ran out eventual winners. The fun didn’t stop there, next it was on to the authors dinner where we met children’s fiction authors Jo Cotterill (Electrigirl), John Dougherty (Stinkbomb and Ketchup Girl) and Paul and Henrietta Stickland (Ten Terrible Dinosaurs) I think tiredness and mild hysteria had set in by then, so we had an intensely funny evening, punctuated by MasterChef-themed drinking games, i.e.: when anyone said ‘jus’ or ‘deconstructed’ we had to take a drink!

Before heading home on Sunday we were pleased to be able to squeeze into an event about food blogging run by Kathy Slack who writes a blog named Gluts & Gluttony – inspired by recipes she had developed from gluts of fruits and vegetables from her allotment and focussed on growing your own organic vegetables and what do do with the resultant produce. This was a great hands-on session at the town’s premier fine-dining restaurant Wild Thyme. Kathy had some very good advice for food bloggers with the main themes being consistency of message, posting regularly and deciding if your blog is a photo-blog or about the writing. And if it is about the writing, edit and edit again so you have clarity of message. Definitely a lesson I need to learn!

My favourite lesson was about long and irrelevant introductions. For example if you are blogging a restaurant review, don’t waste the first 200 words talking about waiting for the babysitter or how you got to the restaurant, just get on with it. I must try to remember this! Finally we got to practise food styling with a rhubarb and ginger cake provided by Kathy and it was highly entertaining to watch 20 people poking, prodding and photographing their cakes rather than just tucking in.

I participate in events up and down the country but this one was special. As well as performing and catering for the audiences, I got so much back. It was meticulously organised by a small army of volunteers, the variety and quality of events was excellent, and as participants we were looked after so well. I’ll definitely be going back, and for anyone with a love of books and literature I would absolutely recommend you get yourselves there for ChipLitFest 2017.