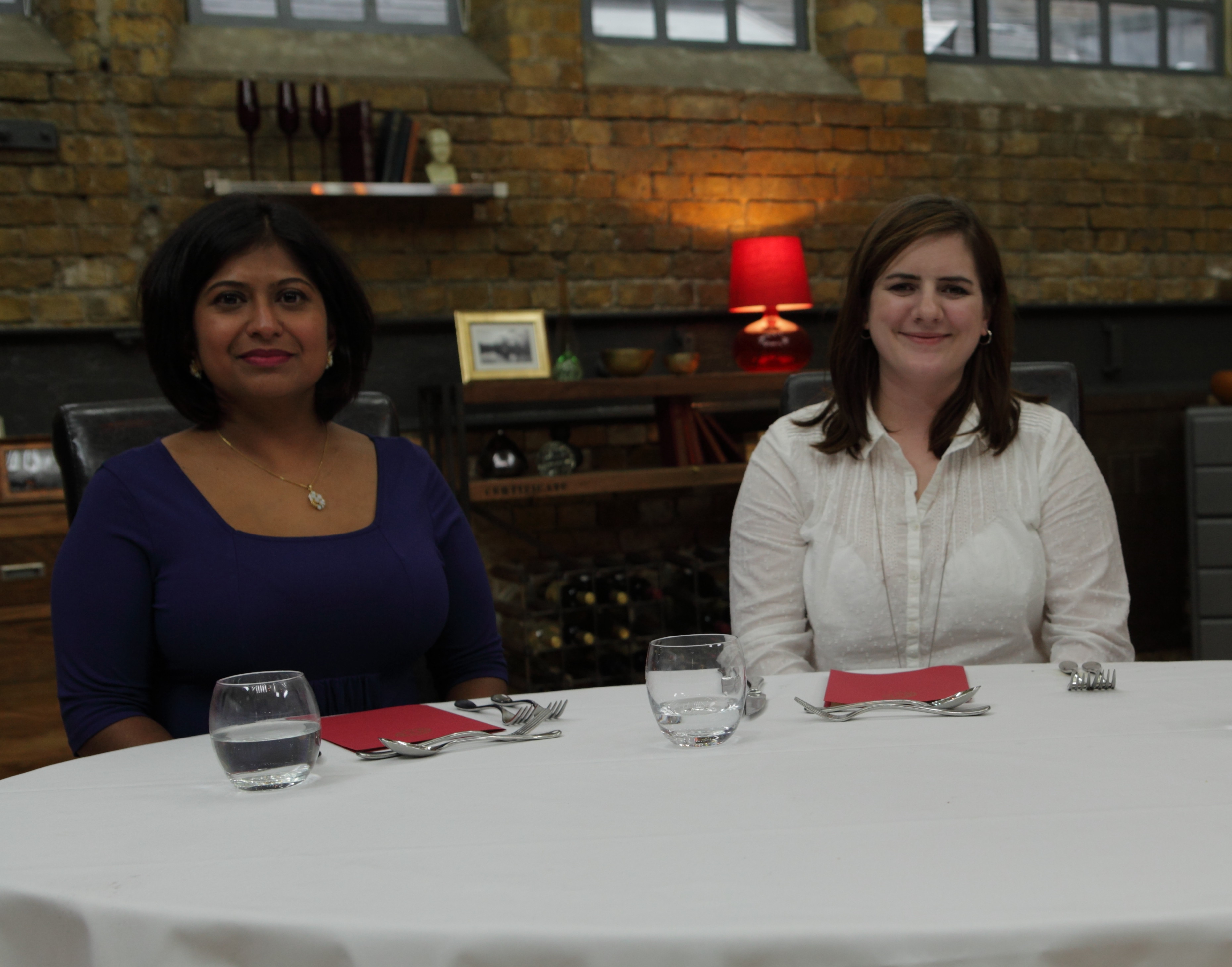 Hands up who is loving the new series of MasterChef? If so did you catch my appearance as a guest judge in episode 4 of the latest series of ever-popular BBC show? I was reunited with Natalie and Larkin but this time we were sitting on the calmer side of the swing doors and being cooked for by the latest batch of plucky cooks hoping to prove themselves worthy of a place in knock-out week.

It was quite a different experience to my previous time on the show. Firstly I was much more able to appreciate the sheer professionalism and energy of the production team behind the scenes. When you are competing in the show you are just in your own little world; focussed on getting your food out on time and to the standard you wanted. But the way the producers, directors, sound and camera crew, runners and everyone else keep the thing running is really quite impressive.

As judges, once our one-to-one interviews were completed we were seated in the dining room, poured a glass of wine and read our menus, then the conveyor belt began. Every 15 minutes we had a plate of food delivered; the contestant was filmed introducing their dish; a single plate shot was taken by the crew; then all 3 judges ate; then we commented, trying not to talk with our mouths full; more shots taken of particular elements of the dish that we picked up on, good or bad; and finally plates were cleared. Just in time for another plate of food to be delivered. All run to a meticulous schedule, unless the contestants were late of course which of course then pushed everyone else back.

So I should really issue a spoiler alert at this point. If anyone didn’t see the episode and still plans to catch up on i-player then look away now. We had main courses and desserts from Caron, Tom, Rob and Chris and there was some absolutely standout dishes amongst them. There was only one bad dish, unfortunately for Rob, which involved a duck breast that was still quacking, some very brown bulgur wheat with blood pudding and tough duck liver. Rob clearly had timing issues in the kitchen, and we’d all been there of course, so I like to think that we were not too harsh in our criticism.

As you can imagine the judging was filmed some time ago, so I couldn’t remember an awful lot of what I had said by the time the episode was aired last week. It was much more fun watching it back than when I was a contestant, but I was hoping the editing had been kind. As it turned out I still managed to pull some ridiculous facial expressions; I honestly had no idea that my face did those things until I was on the telly! I was accused of making eyes at the rather well-built personal trainer, which if it was true, was entirely because of his beautiful fish dish and rather magnificent banana soufflé, and nothing to do with his physique. But I wasn’t making eyes, I was just trying to put the contestants at their ease – nothing wrong with that I’m sure you will agree.

I couldn’t wriggle my way out of the comment I made after eating Tom’s lemon tart though. “I could eat that again and again,” I said. “I wonder if he’s married?” Well I copped a lot of flak for that one I can tell you. Jim and my mother-in-law, Mary were less than impressed. This is the problem with reality TV, you can never tell what will end up in the final cut!

So, once again it’s been a week to reflect on the strangeness of life and the quirks of fate that led to that application to enter a cooking competition which the led to appearances on national prime-time TV, a complete change of career and making some amazing new friends through my extended MasterChef family. You can never really know what’s just around the corner, don’t you agree? But when it comes, you just need to grab it.