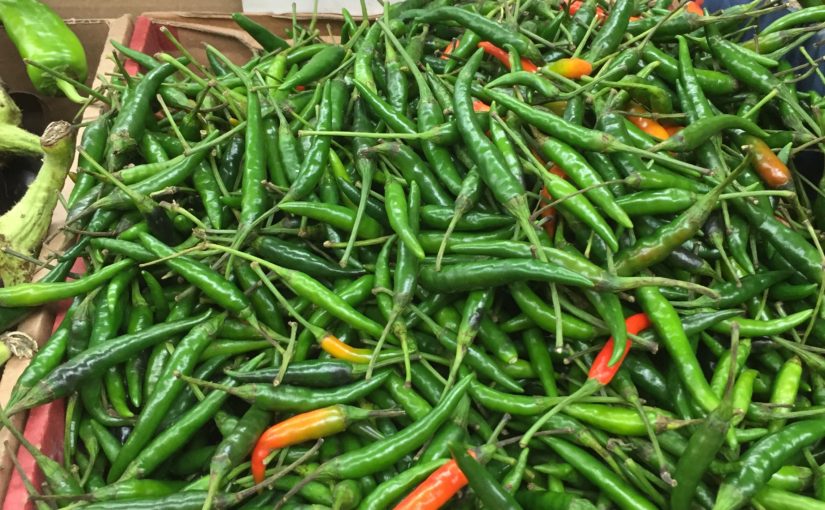 There’s a place I go to called Green Street.  In the heart of Forest Gate (that’s E7), just down the road from the old West Ham ground at Upton Park, and I’ve been going there ever since I was a little girl. Growing up in Harlow in the 70s and 80s, we didn’t have the luxury of big supermarkets stocking everything we needed from chillies and coriander to black lentils or cumin seeds. So there was a fortnightly trip to Green Street to stock up on all our Asian grocery essentials. And if you need dozens of types of lentil or any spice under the sun, it’s still the place to go. 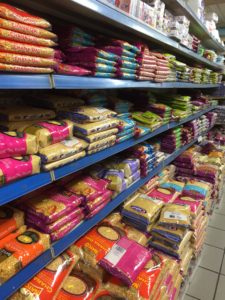 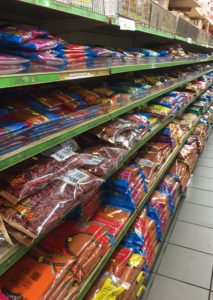 These days I can get all my Indian cooking essentials at the Asian and Oriental supermarket in Harlow (it’s called M18, off Edinburgh Way, tell Shahid I sent you!) but I still love a trip down to Green Street when I need something special. These photos are from Bharat Stores, which is my first stop for any trip to Green Street.

If you’ve never been down there and you have any love of Asian food, culture or fashion, you won’t be disappointed. Another added bonus of visiting from May through July are the stacks of boxed mangoes which can be bought in the greengrocers or just being sold by some guy on the pavement. There’s something about the mango-selling guys, they really are the Del Boys of the street. Lots of banter, lots of chat about how their mangoes are better than the other guy across the road and lots of offers which always tempt me to buy 2 boxes when I really only wanted 1! 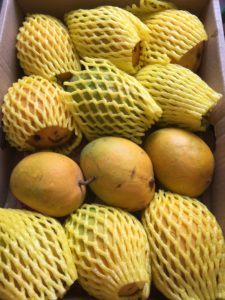 But it’s so worth it. The flavour and melting texture of the Kesar, Chausa, Honey and – the king of all mangoes – the Alphonso, are positively ambrosial.  If you’ve only ever tasted a supermarket, South-American mango, you’ll be amazed at how different the two fruits are. They are smaller and sweeter and not at all stringy or fibrous inside. But watch out for the juice! It’s been said that the best place to eat a mango is in the sea or in the bath, but careful use of a napkin can be just as effective. 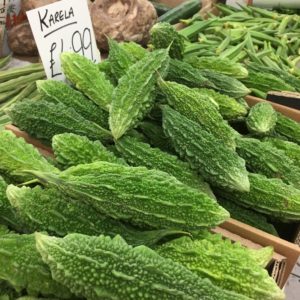 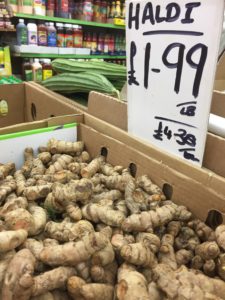 So a few hours browsing the jewellery, beautiful sarees and shalwar kameez (just looking!) and more importantly cookware and vegetables is always a pleasure and never a chore. Do you have any top tips for Asian groceries? Where to buy them? How to use specialist ingredients in your dishes? Can you find fresh turmeric for sale somewhere near you? If you do, I’d love to hear from you. Contact me on Facebook (Saira Hamilton Chef), Twitter (Saira Hamilton) or by leaving a comment below. 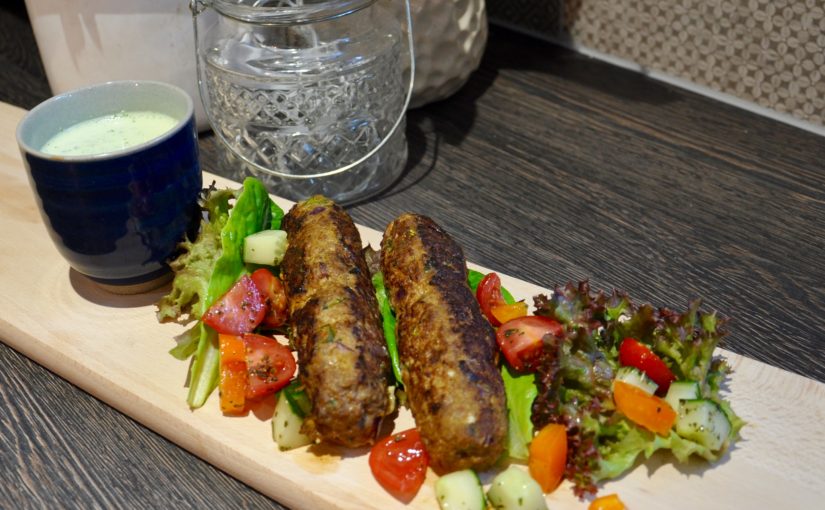 It’s time for a recipe. I’ve been working on an exciting project with a charity called Find Your Feet which runs a brilliant campaign called ‘Curry for Change’ every year. This encourages anyone who can cook, from top restaurant chefs like Vivek Singh to supper club hosts and food bloggers, to hold events to raise money for people suffering from food poverty in Asia and Africa. Click on the link to find out how you can join in!

It’s a great campaign that I have supported in the past and this year I am helping them with a new angle to the campaign which encourages home cooks to host a dinner party at home. This is called ‘Host at Home’ and what with my ambition to get everyone cooking authentic Indian food and curries from scratch, at home, it was a no-brainer for me to offer my services to help them.

So watch this space for my Host-at-Home recipe pack, which will come with full recipes for a 3 course meal and step-by-step instructions on how to deliver a fabulous evening with a minimum of stress and fuss. As I was working on my recipes, I realised that there is one recipe I use probably once a week during the summer that I haven’t shared for quite a while.

Sheek kebabs are traditionally made with minced meat, often mutton but they can be made with beef, lamb, pork, turkey or anything else you like to eat to be honest. If I can’t get mutton, my preference is to use a mixture of lamb and beef mince, as I think you get the depth of flavour from the beef and the nice juiciness that comes from the higher fat content in the lamb.

The recipe is in fact terribly simple. Shove all the ingredients in a bowl together and mix them really, really well. I don’t mean just move them around in a clockwise direction, I mean really get in there and squish it all together so that every mouthful of the finished kebab is soft and yielding, and has a good mix of all the flavours and spices. And then you grill them. Simples!

The mixture can be made well ahead of time (24 hrs in advance if necessary) and stored in the fridge. At the last minute add the lemon, form the kebabs on skewers and the grill on a pre-heated barbecue for 6-8 minutes. Job done! Served with yoghurt raitha and some salad, these kebabs will enliven any BBQ spread. Much more interesting than just the usual burgers and sausages. So give this super-simple and delicious recipe a try and I promise you won’t be disappointed. 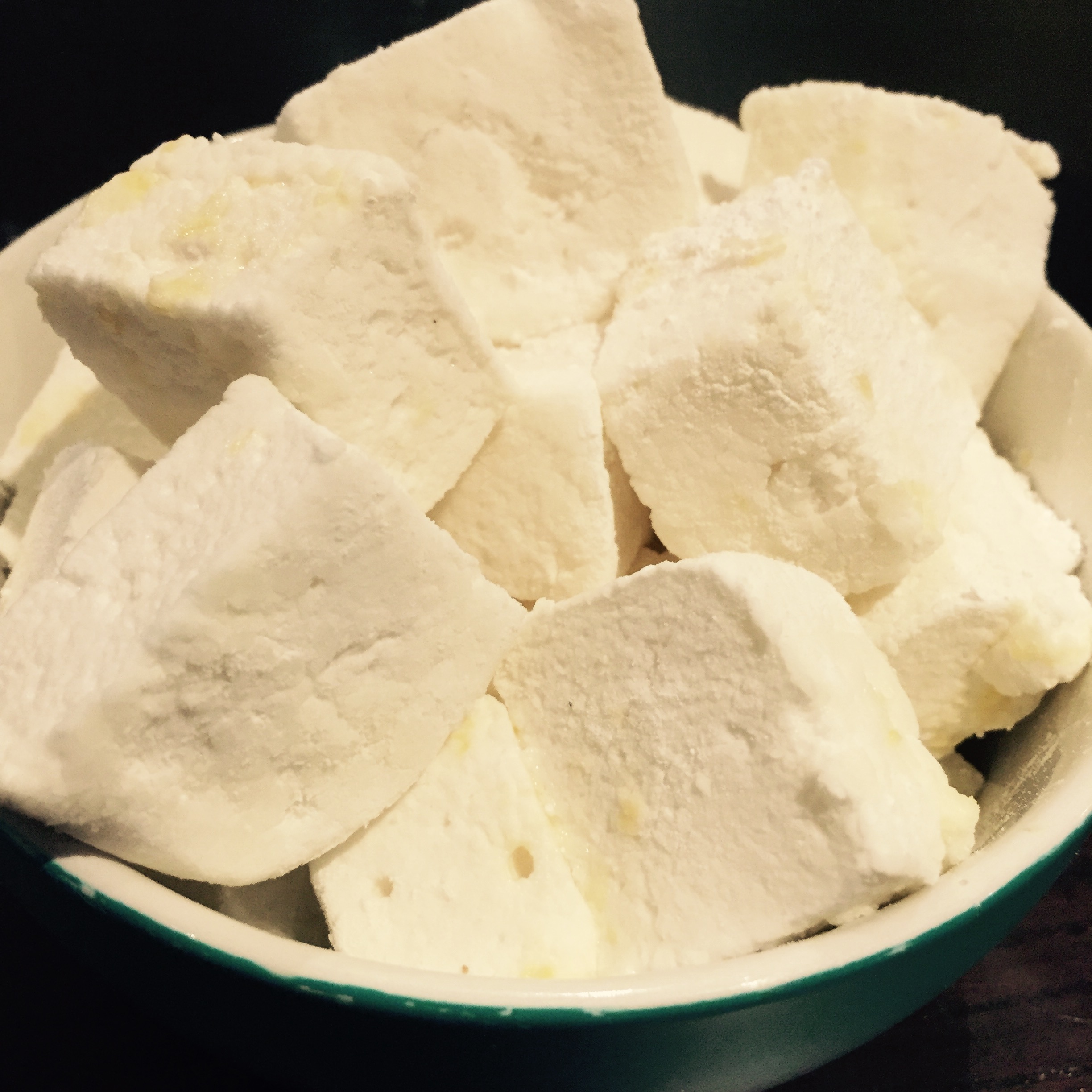 Well the time has finally arrived. My daughter’s GCSE exams have started, so as you can imagine the stress levels in our house are through the roof. It seems hard to comprehend that she has come to this point already. Through my happy tears at her Leavers’ Assembly, I found it hard to process the fact that she has become this rather wonderful young adult when it seems like yesterday that she stood proudly in the playground on her first day at school, with her unruly hair in braids and fiercely clutching her brand new book bag.

I have asked several friends how to cope with the stress and what I should be doing as a parent to alleviate the symptoms, though clearly I can do nothing about the cause. I read somewhere that whatever you say as a parent will be wrong. If you seem very caring and interested in what they are doing and get involved in revision, you are stifling them and poking your nose in and you couldn’t possibly understand. If you try and stay out of it you are accused of not caring. So parents should just accept that whatever you say will be wrong and get used to the sound of slamming doors.

My friend Sue from the Lemon Tree explained that her strategy with her son Harry was just to feed him. That was the best thing she could do to support him with his workload. This sounded like a good idea to me so I am planning to cook all the things that Lily likes and that I think will help her work and function as effectively as possible. We’re always told that fish is great brain food, and it’s not always the easiest thing to get our children to eat, so I thought I would share my family fish pie recipe with you. It’s got all that lovely fish, but couched in a wonderful cheesey mash and a silky parsley sauce which makes it one of my all-time favourite comfort foods too. I’ve used white fish, salmon and prawns in my recipe, as the children are not mad-keen on smoked fish, but some lovely smoked haddock in the fish mix also works a treat.

Here’s the recipe for you. If you are one of those households supporting stressed-out, exam-crazed teenagers, give it a go and hopefully it will allow them to relax for a minute, get some good fuel inside them before they launch back into the study and revision. Good luck to them all!